I keep thinking I’m having a dream and will wake up in my Disney hotel room in the dark the night before the race. That’s how good I feel right now. A race I thought was going to be extended torture turned out to be probably the best marathon I’ve run to date!

This is Part I of my race weekend leading up to when the gun went off. Check out Part II from the actual race below. 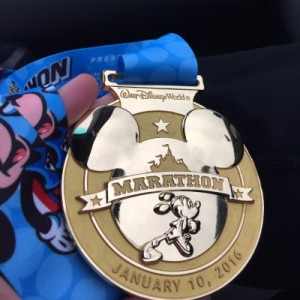 Ok, I am really happy about things right now but I wasn’t anywhere near this point yesterday. I drove into Orlando in fairly good spirits (full disclosure: I thought I had just bought a 500 million dollar Powerball ticket) but by the time I left my hotel room for the start line, I was just going through the motions. By the time I got to my corral I was rock bottom. I’m talking devoid of any happy thought. To you Harry Potter fans, picture 50 dementors circling all around me. I couldn’t think of a single reason why I was out there about to do this marathon. No sense of possible accomplishment. No interest in the medal. No interest in being at Disney World. I couldn’t even simply be happy with a good calorie burn and post-race food thoughts. I wanted to get back on a bus and go back to the hotel room. I spent at least 15 minutes thinking about the logistics of that and whether the buses were taking spectators back to their hotels and where and when they would be loading. 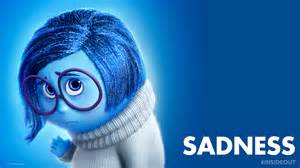 I sat in my corral, on my throw-away beanie and decided that the best/most positive thing I could do was to listen to one of the books on tape I downloaded right before the race and crank it up in my ears so I could pretend I wasn’t there. The book is a dark thriller. That’s not necessarily my favorite genre but I think I knew I needed something different to take my mind off the race. And it worked.

But backing up a bit…

To those of you who don’t follow me on Twitter, the night before the race I was printing off my race waiver for the expo packet pickup and saw, to my surprise, that I was in the last corral. It had to be a mistake. I’m no BQ runner but to be at the back of a race I already didn’t want to run was almost too much to bear. I kind of freaked out about it for maybe 15 minutes and spewed my story to my friends over text where everyone else was just as shocked. My husband, when he got me this race entry as a gift, did not put in a “proof of time” race name so that they could look me up to assign me a higher corral. It was all very innocent but, you know, marathons are HARD and starting later and having to weave around people in a 20,000+ field race is not super fun. And I was already expecting to not have fun so it really threw me.

Someone on Twitter told me to go to the Runner’s Relations desk and ask them if they could fix it. The Disney rep I talked to was really understanding. They did require me to pull up proof of time on my phone so I used race results from my last Disney Marathon. I told him thank you so much and that it hadn’t been a deal breaker for me but I really appreciate it! And he said “Oh no, you don’t want that last corral. They’re all walking and it would be very difficult to get around everybody if you were running it.” My previous time ended up bumping me up considerably and I was very relieved, especially since this meant that I could actually get back to my hotel room before checkout and take a shower before my road trip home! That was huge for me. Actually “shower before road trip” ended up being a big motivator for me at mile 20. 🙂

I have to report that Disney did everything perfectly as usual. Disney takes race directing & execution to a whole ‘nuther level of efficiency. This is my 4th Disney race and they are amazingly consistent. They had buses that take you from your hotel straight to the start line area. And the start line is basically a party… a party where adults dress up in everything Disney, every variety of tutu, and have creatively designed their own run clothes version of Disney characters. Other people are just covered in flashing lights and glitter. They had a really engaging and energetic DJ pumping out music and dancing on-stage and getting everyone else to dance with him.

Now, where was I during all this cheer and energy and glitter? Ah yes, I was sulking off to the side, wearing all-black, with this line from Monty Python going through my head on repeat…

… like I said, I wasn’t really in a cheery frame of mind initially.

But I did finally meet RunDisneyBelle! We have been running the same marathons for years it seems. She ran Marine Corps Marathon in 2014 & 2015 and we never ran into each other. This time we got to say hi and it was the first time I’ve ever met someone from the blog community. She was so happy and sweet in person (just like her blog). I’m so glad her race went well!

I went and made my way to my corral, a 15 minute walk from that initial race area. And with the music and dancing gone, it sort of descends on you that, oh yeah, you’re about to run 26 miles this morning. This is when I used my audiobook to anchor me to my corral and keep me from taking off back to my hotel.

Finally, I knew it was around the time that they played the National Anthem so I stopped my audiobook and stood up. Then the start gun went off for Corral A at 5:35. They set off fireworks for every corral to start and there was maybe 3-5 minutes in between each start. I had my headsets in but no audio. Corral B was released, then Corral C… and I notice this guy next to me kept glancing at me. I was like, oh great, here’s an overly friendly Disney runner who wants to chit chat. Listen pal, I’m not in the mood. I want to go home and sulk. Then a Disney photographer comes over and says “Take your picture?!” and I was like no no no no no and waived the person off and the guy goes “IT IS YOU!!!” It was a guy from my run team down south!! I about screamed! I think I did scream! I gave him a big hug and was like “OMG why didn’t you say something earlier!! You’ve been standing next to me this whole time!!” He said that a bunch of the run team was there (I completely forgot they all came up for this one – I told you, my mind was mush) and he said he couldn’t believe the chances that in a sea of tens of thousands of people we end up at the start line right next to each other! It was insane. I told him I had been in a dark, pre-race place but that seeing him totally cheered me up and that it was a sign I needed to knock it off!

So many people were there at Disney in great happy moods and I’m kind of ashamed to say I wasn’t one of them. I think all my disappointment I had been blocking out from Marine Corps Marathon came and hit me hard that morning. MCM had crushed my marathoning spirit because I had worked so hard in training but then got injured and had a bad race. But the good mood and high spirits of the people I ran into at Disney changed my perspective and lifted me up and I can honestly say that, before I toed the start line, I had shaken it off and went into the race with a really positive mind set! 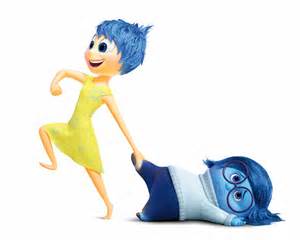